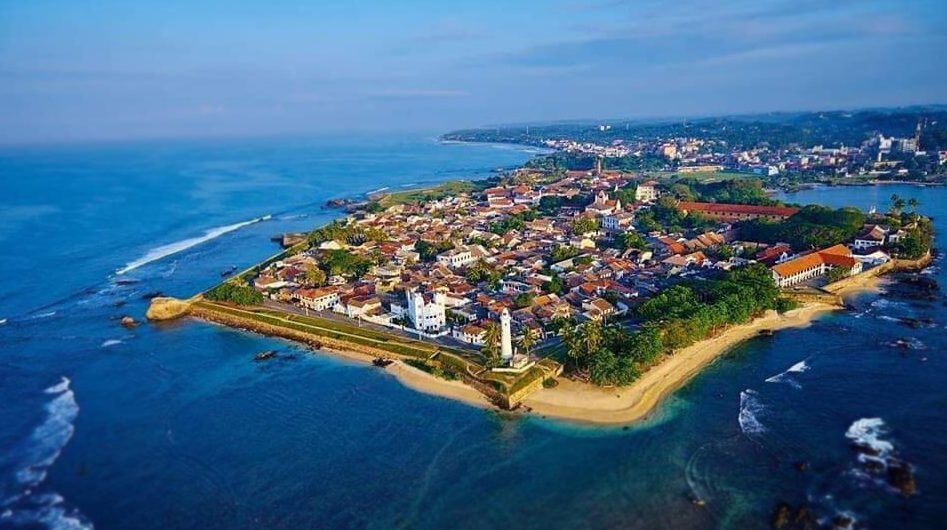 Galle is one of the major cities located on the southwest coast of Sri Lanka. It is also a favorite travel destination for both local and foreign visitors. The Galle Fort is a symbol of pride for the Galle City. It is an ancient construction that was built by the Portuguese and Dutch in the 16th and 18th centuries. UNESCO designated this historical fort as a World Heritage Site in 1988.

The Dutch army captured the fort in 1640 with a 2500-strong force. They received the support of King Seethawaka Rajasinghe and the local people. The battle between the Dutch and the Portuguese later became popular and was called ‘siege of Galle” in 1640. Dutch rulers then modified the Portuguese fort into a huge structure, thus expanding its military strength. In the 19th century, there were Protestant churches, gun houses, residences of commanders, public administration buildings, warehouses, residential quarters, and trade buildings. Mud, granite stones, and coral were used as materials for the fort. A British army captured the galle and the fort in 1796. They paid less attention to the Galle fort, and the fort’s importance shifted to Colombo.

Today, the fort is controlled by the Sri Lankan government. It has two major gates to enter. If you visit this amazing construction, you will see many hotels, shops, and government buildings. Galle lighthouse is a recent addition to the fort and was built in 1938. The Galle clock tower is another major construction which can be seen in the fort. It is another recent addition, built in 1883 by the British government. Furthermore, it is considered one of the oldest clock towers in Sri Lanka. The Archeological Department of Sri Lanka reconstructed some parts of the fort recently.